The International Association of Ports and Harbors shares in the deep sadness felt at the passing of Her Majesty Queen Elizabeth II. Queen Elizabeth II was an enthusiastic supporter of the maritime sector along with the wider Royal Family. At several of our events held in London, IAPH was fortunate to count on participation of Members of the Royal Family, including at the 1965 and 1997 World Ports Conferences and the Africa-Europe regional meeting in 2005. Managing director Patrick Verhoeven had the honour of personally meeting Her Majesty at the 70th anniversary celebration of the IMO in 2018. Queen Elizabeth’s dedication and service will continue to inspire and will always be remembered.

It is with deep regret that we learned of the death of our colleague Richard Morton, secretary-general of the International Port Community Systems Association (IPCSA). Richard was leading the organisation from its foundation in 2011, originally as a European network of port community systems. He was a true champion of the maritime digitalisation agenda. The news of his passing away was shared by IPCSA chairman Hans Rook, who praised Richard’s life as “marked by huge involvement, cordiality and commitment”. Our thoughts and prayers are with his family. 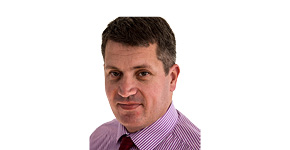 On 1 January 2024, the maritime single window (MSW) for data exchange between ship and shore will become mandatory in ports around the world, following amendments to the IMO Facilitation (FAL) Convention that were adopted last spring. The maritime single window constitutes a significant step in the digitalisation of the maritime sector, but it also presents several implementation challenges. To facilitate the process, IAPH has teamed up with BIMCO and the IMO secretariat in a campaign that will raise awareness about the benefits of the maritime single window concept and provide input and support to governments, port authorities, port operators and shipping companies. The campaign includes a general awareness webinar on 24 October this year and a two-day symposium held at the IMO headquarters in London in hybrid format on 18-19 January 2023, one year ahead of the deadline. The symposium will cover both technical and resource aspects and present best practice solutions. Further details will be communicated soon, but we invite you to note both dates in your diaries already.

The recently re-established IAPH Cruise Committee joins the fall meeting schedule of the IAPH Technical Committees. It will meet in online format on Thursday 6 October from 5 to 7 PM CEST. The principal agenda item is the set-up of an Onshore Power Supply (OPS) Cruise Platform and the data collection of port and ship-related OPS information. As far as the other committee meetings are concerned, we kindly remind you that the Risk and Resilience Committee will meet on 12 October from 4 to 6 PM CEST, the Data Collaboration Committee meets 3 November from 12 to 2 PM CEST and the Climate and Energy Committee is meeting 10 November, from 4 to 6 PM CET. All meetings are held online. Committee members will be receiving the agendas and documentation in due course. Meanwhile, you can already find an overview here of the priority topics to be addressed. Participation in the Technical Committees is open to all IAPH regular and associate members. If you are interested in joining the work of one or more committees, please email our colleague Takeshi Suzuki (t_suzuki@iaphworldports.org)

The next IAPH Harbor Café will take place 11 October from 2 to 3.30 PM CEST and is being organised jointly again between the IAPH Africa and Europe regions. This edition will include conversations with Belfast Harbour on their 5G network implementation and the Port of Hamburg on their experiences so far with applying drone and robotic technology for several applications. We also plan to include examples from Africa. The session will include informal interviews of those IAPH port colleagues involved and an open forum for questions from the floor. An invitation will be sent out shortly to all IAPH members from the Africa and Europe regions. The event is open to all other members who are interested, please contact Ingrid Boque by email as indicated below. 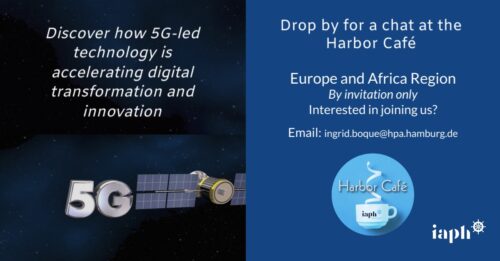 IAPH technical director Antonis Michail was invited to speak at the annual conference of the Port of Kristiansand in cooperation with the Norwegian Ports Association, on 25 August. Antonis attended the event in person and presented on the main challenges for world ports nowadays and the respective IAPH work and initiatives. On 31 August, Antonis joined the Ports Australia biennial conference online to deliver the opening keynote presentation, on the emerging global landscape after the pandemic and the role of world ports within. Antonis highlighted key considerations in the fields of port resilience, digital transformation and energy transition. The chairman of the IAPH Data Collaboration Committee, Pascal Ollivier, presented the IAPH priorities for this year at the virtual annual general meeting of the Port Management Association of the Caribbean, which was held 14-15 September. 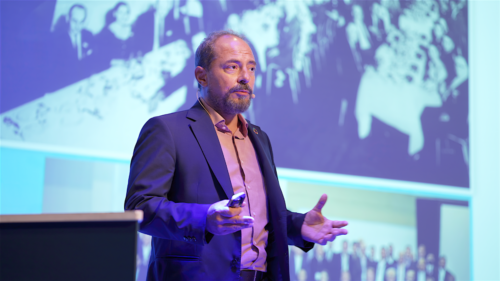 The question if political representatives should be on port of a publicly owned port throws up two arguments. One, the port wants to maintain its independence and is gladly not looking to have legislators join their meetings. On the other hand, the pandemic has shown that port authorities alone cannot enable administrative issues such as crew changes without support from other government agencies. So, which way is best for port authorities? Have your say here! 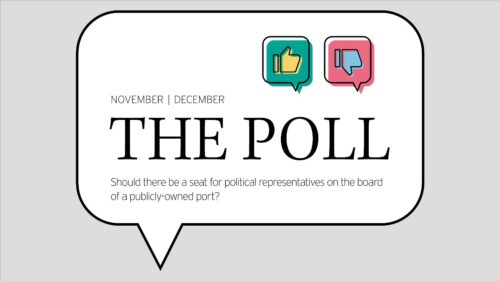 The World Bank’s Logistics Performance Index (LPI) benchmarks logistics performance in around 160 countries in cooperation with trade associations such as FIATA. The LPI 2022 will be published later this year and relies on contributions from industry through an online survey. The LPI team, headed by IAPH associate member prof Lauri Ojala (University of Turku), invited us to share the survey with members. Hence, we cordially invite you to take the survey or to relay this message and the generic survey link to logistics professionals in your network. Since 2007, the LPI has been published six times, and it has become a globally renowned source on the operational environment in trade logistics for businesses, academia and policymakers. More information on the index can be found here. The country level survey assesses amongst other issues the efficiency of the clearance process, the quality of transport-related infrastructure and the ability to track and trace consignments in eight pre-selected countries per respondent. Completing the survey should only take ten minutes and can also be done anonymously. All responses are in any case kept confidential and anonymous. Any questions can be addressed to LPI@worldbank.org

These maritime news stories made the headlines over the past weeks: