IAPH Vice President Masaharu Shinohara and Secretary General Susumu Naruse were invited by PIANC to make a presentation at the PIANC’s Annual General Assembly, 3-7 June, Kobe, Japan. PIANC is the World Association for Waterborne Transport Infrastructure established in 1885 and based in Brussels, Belgium. PIANC is one of IAPH’s friendly organizations with whom IAPH concluded a memorandum of understanding (MoU) for cooperation.  At the assembly held on 5 May, Secretary General Naruse outlined IAPH’s activities, including WPSP and collaboration projects with PIANC such as Terminals Automation and Navigating a Changing Climate, while VP Shinohara delivered a keynote lecture entitled ‘Efficient and Sustainable Port Development and Operations utilizing ICT and Disruptive Technologies’ at the Technical Seminar that was held on 6 May in conjunction with the assembly. Both had a meeting with Mr. Geoffroy Caude, President of PIANC and Mr. Geert Van Cappellen, Secretary General to talk about further collaboration between two organizations. 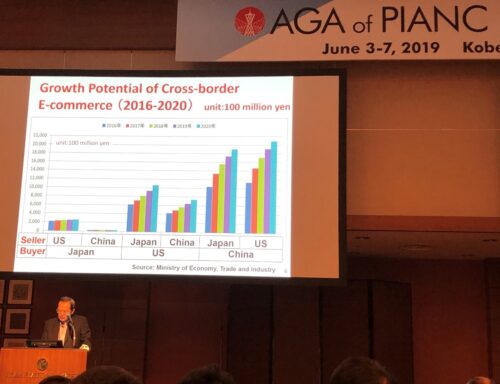 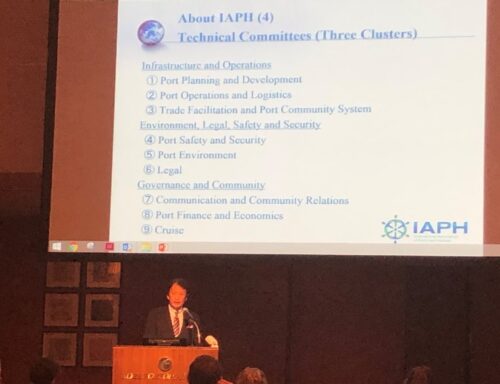 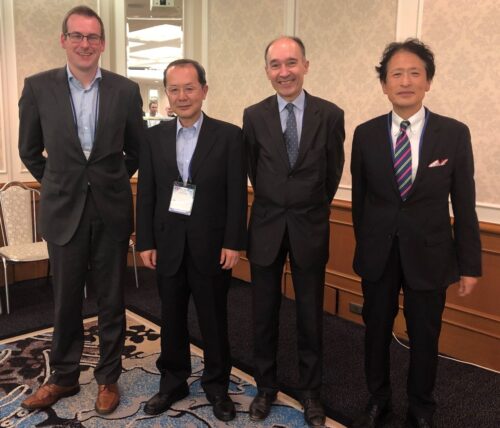