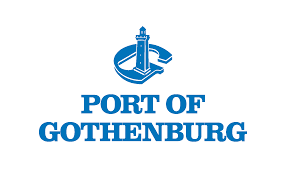 The Port of Gothenburg is the largest port in Scandinavia and the gateway to the world for a large proportion of Swedish industry. The Port of Gothenburg is strategically located on the west coast of Sweden. Some 70 per cent of industry and the population of Scandinavia fall within a radius of 500 km. The area also includes three capital cities – Oslo, Copenhagen and Stockholm. Almost 30 per cent of Swedish foreign trade passes through the port. Our main strength is the broad range of services, which includes 130 direct services to destinations in Europe, Asia, the Middle East, Africa and North America. Apart from direct services we also have frequent departures to major transshipment hubs on the continent as well as daily intra-European sea traffic.