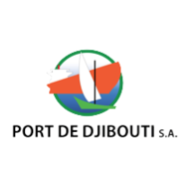 Djibouti’s strategic location enabled the port authorities to successfully rise to the challenge of turning the port into a regional hub for the Red Sea and Indian Ocean, and in a wider context the three continents of Europe, Africa and Asia. Containerization was the defining concept behind this new period of development and Djibouti’s first modern container terminal began operations in February 1985. Since June 2000, the Port of Djibouti has been operated by DP World on a 20-year concession but since July 2011 the Port of Djibouti has undergone organizational changes and the concession of the ingot to DPW has been terminated.