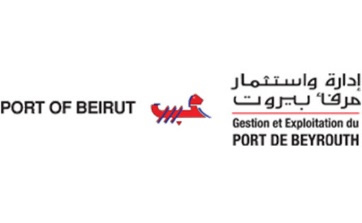 The Port of Beirut, forming the midpoint of three continents: Europe, Asia and Africa, plays a role of a passage for ship fleets between East and West. During the mid 70’s, the Port of Beirut was an important international trading station with the surrounding Arab countries and up until today it has preserved its commercial nature. Port of Beirut is among the top 10 seaports in the Mediterranean Sea and is considered the gateway to the Middle East. The port was transformed through self-financing from a local port to a regional and a transshipment hub for the region.