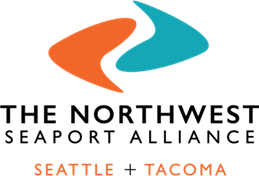 The Northwest Seaport Alliance is a port development authority equally governed by the Ports of Seattle and Tacoma.

The Northwest Seaport Alliance, officially formed in August 2015, manages the container, break bulk, auto, and some bulk terminals in Seattle and Tacoma.

It marks a historical first in North America, following comprehensive public outreach and approval from the Federal Maritime Commission.

Each port retains ownership of its respective assets and acts through its elected commissioners as a separate organization.