The next IAPH Harbor Café will take place in the first half of October and is being organised jointly again between the IAPH Africa and Europe Regions. This edition will include conversations with Belfast Harbour on their 5G network implementation and the Port of Hamburg on their experiences so far with applying drone and robotic technology for several applications. We also plan to include examples from Africa. The session will include informal interviews of those IAPH port colleagues involved and an open forum for questions from the floor. An invitation will be sent out shortly to all IAPH members from the Africa and Europe regions. The event is open to all other members who are interested, who can request taking part here. 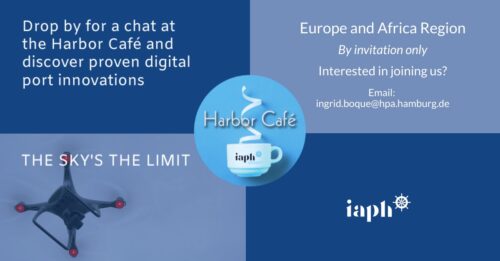