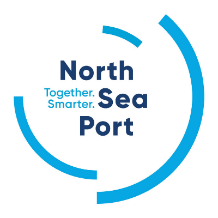 The cross-border port known as North Sea Port was founded on 1 January 2018 and is the result of a merger between the Dutch Zeeland Seaports (Vlissingen and Terneuzen) and the Flemish/Belgian port of Ghent. North Sea Port has eight public shareholders. On the Dutch side of the border they are the province of Zeeland (25%) and Borssele, Terneuzen and Vlissingen municipalities (8.33% each). On the Flemish side, they are the city of Ghent (48.52%), the municipalities of Evergem (0.03%) and Zelzate (0.005%) and the province of East Flanders (1.444%). The shareholders are involved and informed by means of a shareholders’ committee. It contains representatives of the municipal councils, the Dutch councils and executives and the provincial councils. In addition, there are ongoing structural and bilateral consultations with the shareholders.