In the running up to the 2022 World Ports Conference, a series of eight regional workshops will be held from 8 February till 29 March in collaboration with the World Bank to address specific factors that cause gaps in competitiveness of ports. The dates of these online workshops have now been confirmed, as well as the moderators and experts that will lead them. Next to various regional specialists from the World Bank, we are very happy to have the support of prominent names from IHS Markit, Hofstra University New York, University of Antwerp, National & Kapodistrian University of Athens, Integral Maritime, Nanyang Technological University Singapore, Maritime Review Africa, MundoMaritimo, Inter-American Development Bank, Intent Communications and Shanghai Maritime University. By having this broad range of experts onboard, we believe that the workshops will deliver on reporting the main gaps per region and generate priorities for the port sector to debate, which will shape the agenda points for discussion in Vancouver at the #IAPH2022 World Ports Conference between 16 and 18 May. Ultimately, we aim for those key conference discussions to culminate in a declaration of priorities for ports that IAPH shall address to global policy makers as well as top-level decision makers. Discover the full workshop schedule here and don’t miss this opportunity to play a role in setting the global port agenda. Register before 2 January 2022 for the lowest available rates. IAPH members enjoy special a reduction and we therefore invite you to contact the conference help desk to validate your membership and receive your discount code. 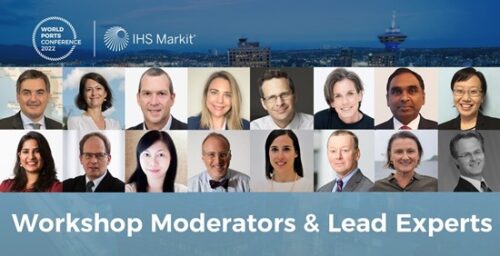 31 December does not only mark the celebration of New Year’s Eve, but it is also the deadline for IAPH members to submit their entries for the fourth edition of the IAPH Sustainability Awards. The 2022 edition will be recognising outstanding projects in six fully reviewed categories: (1) climate and energy; (2) infrastructure; (3) digitalisation; (4) community building; (5) environmental care; and (6) health, safety and security. IAPH regular port members and associate members acting on behalf of IAPH member port(s) as client, partner or collaborator can enter a project, submitting a simple online form. Once accepted, the project will automatically qualify as a potential award candidate. Here you will find a short video by our IAPH technical director Antonis Michail who explains how to submit a project. You can contact Antonis for more information by emailing him on antonis.michail@sustainableworldports.org. The winners will be announced during the 2022 World Ports Conference.

Board adopts IAPH work programme for 2022

IAPH Board members met online on 16 December for their last meeting of the year, discussing both the work programme and budget for 2022. Board members approved the priorities for the coming year, continuing the focus on the three principal strategic areas: data collaboration, climate and energy and risk and resilience. Synergies with frontrunning ports and platforms are envisaged to make progress on the acceleration of digitalisation, deployment of alternative fuels and robust business continuity policies. The IAPH agenda for next year also features a review of the World Ports Sustainability Program and the creation of a new platform to stimulate informal interaction with members. Board members also adopted the budget for 2022, including the budget of the Environmental Ship Index, which became a subsidiary body of IAPH earlier this year. Board members also approved the creation of a new ESI module that will measure emissions of ships at berth, starting with cruise vessels. You can consult the 2022 work programme here.

We are delighted to welcome two industrial ports and a technology innovator in the IAPH family. Pecém Industrial and Port Complex is a joint venture formed by the State of Ceará in Brazil, and the Port of Rotterdam. Pecém Port has a strategic geographical location, and it features the only exportation processing zone in operation in Brazil, with complete infrastructure, ready to receive the installation of large companies. RAK Ports, a group of ports located in Ras Al Khaimah, UAE, are the gateway source for the construction materials which are building the Middle East region into a modern model of economic prosperity. RAK Ports is a fundamental contributor to the growing economy of an emirate which has now established itself as one of the world’s key base locations for all types of industrial business. ION is an innovative, asset light global technology company that delivers powerful data-driven decision-making offerings to offshore energy and maritime operations markets. A leading technology innovator for over 50 years, ION recently expanded its cutting-edge technology application beyond energy, diversifying into relevant new markets such as offshore logistics, ports and security.

On 15 December, IAPH president Capt K. Subramaniam joined an expert meeting on the maritime supply chain crisis that was convened by the UNCTAD secretariat. The ad-hoc meeting was preceded by the presentation of the UNCTAD 2021 Review of Maritime Transport, which set the scene for substantive discussions, organised in three sessions. In the first session, Jan Hoffmann, head of trade logistics at UNCTAD, gave an introduction by recalling what the fundamental determinants of maritime transport costs are and reporting on recent UNCTAD analysis regarding freight rates and transport cost developments over time. In the second session, maritime sector experts made short interventions, focusing on what policymakers can do to help reduce congestion and high freight rates. Finally, in the third session, experts discussed how UNCTAD can support its members in responding to current and possible future maritime supply chain crises. In his intervention, the IAPH president said that the coronavirus pandemic provided the final detonation to a problem that has been brewing for several years, referring to the inaction and lack of collaboration between maritime supply chain stakeholders. He emphasised the need for ports to discard their traditional roles and become active facilitators of maritime trade and logistics. Capt Subramaniam also pointed at the fact that port infrastructure takes longer time to plan and build than ordering new ships. Closer collaboration between shipping lines and ports is therefore necessary, to align investments and build greater resiliency. In follow-up to the meeting, UNCTAD is preparing a report with policy recommendations and an action plan for member states, the international community and UNCTAD. This action plan will lay the ground for subsequent global and regional trade logistics forums. Meanwhile, you can already watch the recording of the ad-hoc expert meeting in the video below. Capt Subramaniam’s intervention starts at 1:23:45.

In 20 years from now, people will live in different environments, move and communicate in different ways, and get their power from different energy sources. Climate pressures, shifting demographics, and changing consumer behaviours will fundamentally reshape the demands we place on our world for energy, transport, living spaces, and communications. Underpinning the fabric of this new world, knitting it together, will be new classes of infrastructure. Much of the new infrastructure that will exist in 2040 is already being planned today. To explore how global business, industry, innovators, and governments are planning, thinking and investing for the long term, Lloyd’s Register Foundation and TWI held a series of in-depth interviews to assess what infrastructure will look like in 2040. IAPH managing director Patrick Verhoeven was among the interviewees, discussing the future of ports. He identified the battle against climate change as the most important driver of change that will affect the port industry over the next two decades. You can watch the interview in the video below. Interviews about other infrastructure components, including energy, offshore, aerospace and space can be seen on the website of the Lloyd’s Register Foundation.

The Assembly of the International Maritime Organization met in in London at the IMO headquarters from 6 to 15 December. One of the main items on the agenda was the election of the members of its Council for the 2022-2023 period. The Council is the executive organ of IMO and is responsible, under the Assembly, for supervising the work of the organization. Between sessions of the Assembly, the Council performs the functions of the Assembly, except that of making recommendations to governments on maritime safety and pollution prevention. The Assembly of the International Maritime Organization has elected the following States to be members of its Council for the 2022-2023 period: Category (a): 10 states with the largest interest in providing international shipping services: China, Greece, Italy, Japan, Norway, Panama, the Republic of Korea, the Russian Federation, the United Kingdom and the United States, Category (b): 10 states with the largest interest in international seaborne trade :Australia, Brazil, Canada, France, Germany, India, the Netherlands, Spain, Sweden and the United Arab Emirates, Category (c): 20 states not elected under (a) or (b) above, which have special interests in maritime transport or navigation and whose election to the Council will ensure the representation of all major geographic areas of the world: Bahamas, Belgium, Chile, Cyprus, Denmark, Egypt, Indonesia, Jamaica, Kenya, Malaysia, Malta, Mexico, Morocco, the Philippines, Qatar, Saudi Arabia, Singapore, Thailand, Turkey and Vanuatu.

The International Chamber of Shipping (ICS) published the second edition of its guidance document on legal, liability and insurance issues that could potentially arise for shipowners from or in connection with vaccinations of crew for coronavirus (COVID-19). It considers questions that have been raised by ICS members such as the conditions for a shipowner to require crew to have vaccination, vaccines that may be safely given; and potential liabilities for shipowners in requiring crew vaccinations. The document also provides guidance on best employment practice to protect against such liabilities and information on insurance cover for such liabilities under the shipowner’s standard Protection and Indemnity (P&I) insurance. The second edition features a new FAQ and guidance section on shipowners’ obligations and potential liabilities in a variety of employment scenarios. The document is available free of charge from the ICS website.

IAPH Insider takes a break during the upcoming holiday season. Our offices will be closed from 27 December to 3 January and the next issue of your favourite newsletter will appear on 13 January. We wish all our readers a merry Christmas and a very happy New Year!  We thank you for your support and look forward to working with you next year, hoping to see all of you in Vancouver at the 2022 World Ports Conference. 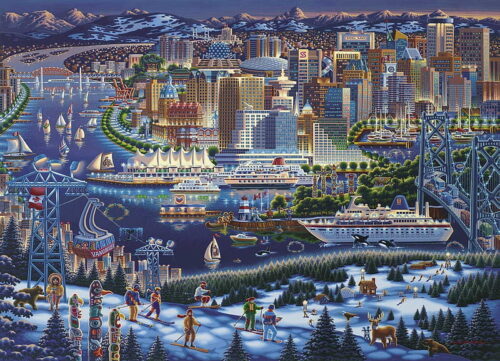